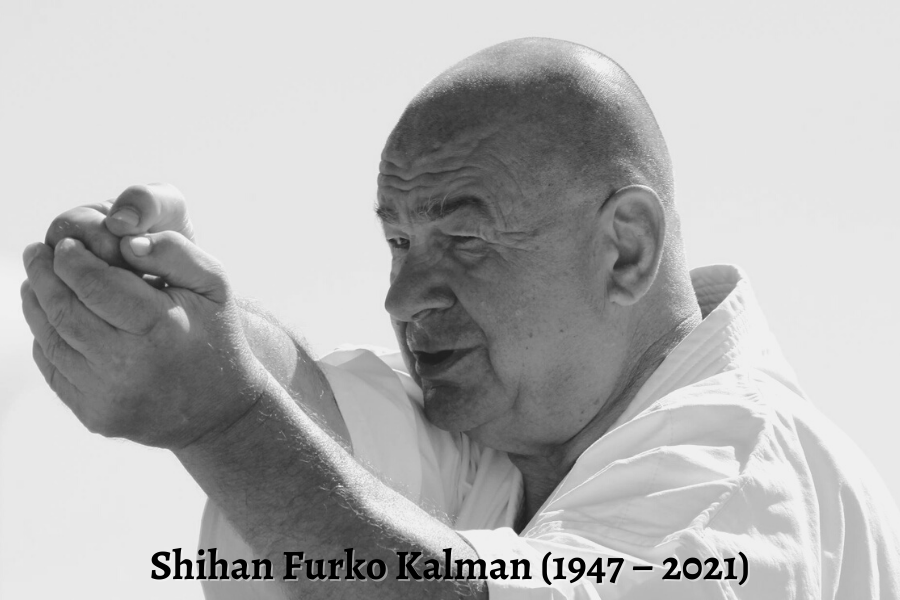 Shihan Furko Kalman (1947 – 2021)
Dear friends, family, and colleagues of Shihan Furko Kalman, all that are gathered here today to bid a final farewell to a great man.
It is with great sadness that I stand before you today, to honor our so much respected Shihan, on behalf of the boards of EKO and WKO and our world president Shihan Kenji Midori. As president of the European Karate Organization EKO and vice president of the World Karate Organization WKO, but also on behalf of hundreds of thousands of karateka in Europe and around the world.
Kalman Shihan was a true legend, already in his lifetime – a rare phenomenon that holds true for very few. In his distinguished military career and in his long and rich karate life he managed to teach, guide, and inspire countless young men and women.
Physically as well as mentally, he was an exceptional example and role model. From the beginning of his karate career, he showed his familiar never-give-up spirit in training, but also in tirelessly organizing events and training camps and traveling to other countries to promote his beloved Kyokushin karate.
And his efforts were more than rewarded. The extensive development of Kyokushin karate in Europe would have had a completely different outcome if Kalman Shihan had not been one of the driving forces.
This has been a constant realization by all karateka and earned him a great deal of appreciation and respect, not in the least in Japan.
Many times I have personally witnessed the high esteem our founder of Kyokushin Sosai Oyama held Kalman Shihan in and the strong bond of deep mutual respect Sosai and Shihan felt towards each other.
It is not for nothing that Kalman Shihan was not only in Japan but in many more countries, widely regarded as a true samurai. Even when in later years his health deteriorated, he did not give up training and always eagerly watched training sessions around the world and joined whenever he could.
His work in the technical and grading committee of WKO was also highly appreciated and has been conclusive in developing the balanced and scientific system thousands of karateka still use today.
Personally, I will always remember the first time I ‘really’ met him. It was about forty years ago and the Holland Karate Team was invited to prepare for the legendary IBUSZ Cup tournament, in a military sports complex in the Matra mountains, near MatraHaza.
The training we received from Kalman Shihan was very special, to put it mildly.
Everybody that has ever trained with him will understand what I mean. We discovered muscles we never knew we possessed, connected with a level of tiredness and pain that was extraordinary. But we also discovered, guided by Kalman Shihan, how much extra strength the mind can give the body and how long you can go on when you think you are not able anymore. It was a very demanding, but rewarding experience.
The last night we drank red wine together with Kalman Shihan. And found out that this extremely tough and strong elite soldier and karateka also had a kind heart and was very much interested in other people’s life and wellbeing.
I am happy and proud to be able to say that through the years, on many occasions all around the world, we again shared glasses of his beloved red wine. Many times accompanied by his dear friend Shihan Attila Meszaros and his inseparable ‘right hand’ Arpad, or ‘Arpie’. And he always brought some really good wine with him and passed it around, intensely enjoying the company and conversation.
The presence of Kalman Shihan on karate tournaments and events all over the world was always a wonderful, permanent feature, an encouraging sign of stability. His own tournaments were a wonderful pleasure to attend. The last time we met, in Tiblisi in June, he was looking very much forward to organize next year’s European Championship in Budapest, also to celebrate Kyokushin karate’s 50-year jubilee in Hungary.
Kalman Shihan will not be there for that special occasion, next year. At least, not in body, but in spirit, he will be, of course. Because Kyokushin and Kalman Shihan are inseparably linked.
From now on, his family, both the military and the Kyokushin family as well as his blood relatives, will have to live on without Kalman Shihan’s physical presence. It will be hard and painful, but Kalman Shihan would have been clear about this in his own way: ‘Just do it!’ And we have to answer him, for the last time, with: ‘osu!’
On behalf of all the karateka you have inspired and given direction in their lives: dear Kalman Shihan, we thank you from the bottom of our hearts. Domo arigato gozaimashita.
May you rest in peace. Osu! 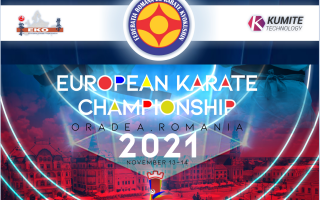 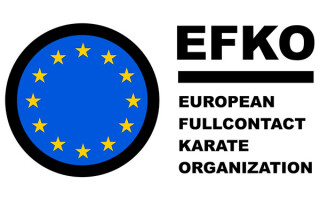